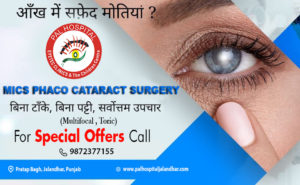 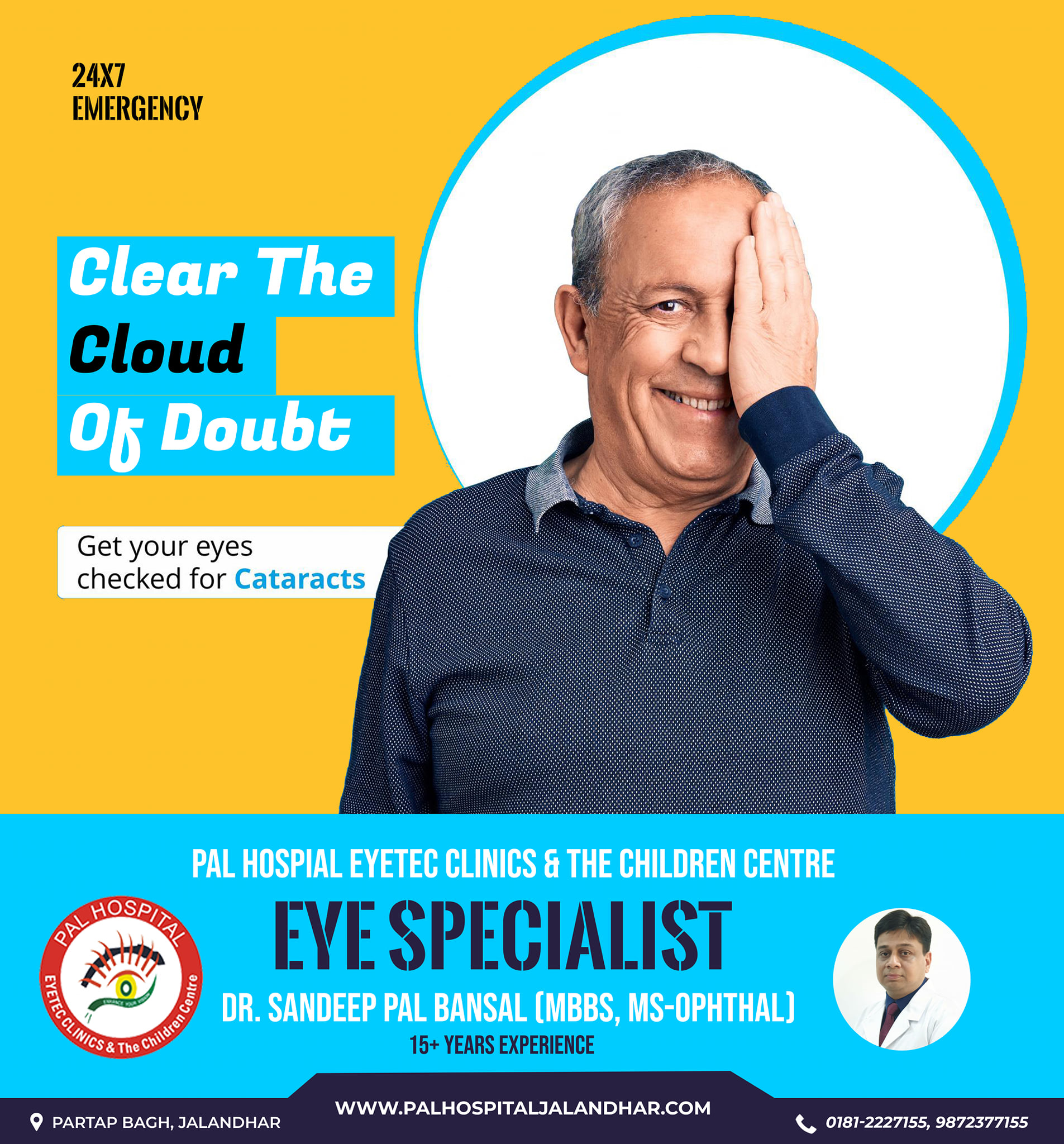 Cataracts affect one in six people over 50 in India. They are the most common cause of blindness and vision loss in adults. But despite their frequency, a lot of people don’t know much about this condition. With that in mind, here are ten interesting facts about cataracts that you may not be aware of.

Fact-1: PEOPLE HAVE BEEN REMOVING CATARACTS SINCE ANCIENT TIMES

Although the first modern surgery to extract cataracts was performed in the 18th century, people have actually been treating cataracts for much longer. In fact, the first documented cataract surgery was carried out in the fifth century BC. That makes it one of the oldest surgical procedures known to man.

The techniques used back then were definitely not as refined as today’s, or even the 18th century’s standards. Once the lens had become totally opaque and rigid, a treatment known as “couching” was used. This consisted of hitting the eye with a blunt object or inserting a sharp instrument into the eye.

Although it sounds bizarre by modern standards, there was some success. Patients would have partial vision restored. However, they were unable to focus so their sight remained blurry.

Fact-2: THERE ARE DIFFERENT TYPES OF CATARACTS

One of the interesting facts about cataracts many people don’t know is that there are actually different types. The three main types affect people in different ways. They are:

Nuclear cataracts — form mainly in the lens’ center. These are the most common cataracts found in those over 40.

Cortical cataracts — are shaped somewhat like a wedge and form at the nucleus’ edges.

Posterior capsular cataracts — affect the back of the eye and develop faster than nuclear and cortical cataracts.

Fact-3: CATARACTS CAN BE CAUSED BY MORE THAN THE AGING PROCESS

If you thought cataracts just came part and parcel with getting older, you’re not entirely wrong. But cataracts can form for other reasons too:

Secondary Cataracts — occur due to pre-existing conditions such as diabetes and glaucoma. The mismanagement of medications such as steroids can lead to secondary cataracts too.

Traumatic Cataracts — develop after an injury to the eye such as a cut or burn.

Radiation Cataracts – can form after radiotherapy treatments for cancer in the head and neck region.

Congenital Cataracts — can be seen in babies. They may be born with them or develop them during early childhood. Often the cataract is so small that vision is not affected.

There may not be any visible signs that you have a cataract. It is more important that you notice any changes in your eyesight. The first sign of cataracts is likely to be your eyesight becoming cloudy. You may notice fuzzy spots and have difficulty seeing at night.

If you’re experiencing sudden or permanent cloudiness in your field of vision, see your ophthalmologist as soon as possible.

Untreated cataracts will gradually worsen over time. Your eyesight will deteriorate making it dangerous to drive and carry out daily tasks. The hard facts about cataracts left untreated is that they can eventually lead to partial or even complete blindness.

Fact-6: CATARACT EYE DROPS DO NOT WORK … YET

There are eye drops on the market that declare themselves “cataract-dissolving”. If such drops really worked, millions of people across the globe would have healthy eyes.

In reality, cataract eye drops are still very much in development. Scientists are looking for its solution. However, their research is still ongoing and there is currently no eye drop available to get rid of Cataracts.

“Cataract-dissolving” eye drops may be a possibility in the future. For now, the best treatment available is Phaco Cataract Surgery.

Fact-7: DIET AND LIFESTYLE CAN AFFECT YOUR RISK OF CATARACTS

Poor nutrition can be a contributing factor to the development of cataracts. A diet deficient in antioxidants, selenium and vitamins A, C, and E increases your risk of cataracts. Be sure you eat a balanced diet that ensures you get all the nutrients your eyes need.

It’s a well-known fact that smoking is bad for your health. But it’s a little-known fact about cataracts and your eyes that smoking is a contributor to this condition. In fact, smoking twenty or more cigarettes a day doubles your risk of developing cataracts.

Fact-8: IS IT POSSIBLE TO REVERSE CATARACTS?

The facts about cataracts are clear. Once they start to develop, they will get progressively worse. You cannot reverse cataracts, which is why it is important to seek medical attention when symptoms appear.

What can be reversed is the vision loss caused by cataracts. With laser surgery, the affected lens is completely removed and replaced with an artificial, intraocular lens. This is a customized lens that results in each individual’s vision being enhanced as much as possible.

Fact-9: AND FINALLY, A NICE FACT ABOUT CATARACTS: NINE OUT OF TEN PATIENTS REGAIN 20/20 VISION AFTER CATARACT SURGERY

Cataract surgery has come a long way since the 18th century and Daviel’s ground-breaking operation. Changes in technology have seen developments and improvements in the procedure. Phacoemulsification Surgery has become one of the most commonly performed surgeries in India. In just 15 to 30 minutes, cataracts can be a thing of your past.

Success rates have improved too. Nine out of ten patients regain twenty-twenty vision or better after laser cataract surgery.

The earlier treatment is sought and laser surgery performed for cataracts, the more successful the outcome will be. If you would like to know more facts about cataracts, contact or visit us at Pal Hospital Eyetec Clinics & The Children Centre, Jalandhar, Punjab, India.

FACT-10: THE FIRST MODERN CATARACT SURGERY WAS PERFORMED IN 1747

In 1747, Jacques Daviel, a French ophthalmologist successfully performed the first operation to remove cataracts. As the entire lens was removed, the procedure was only performed for the most severe cases. Unfortunately, medicine had not advanced quite as much in other areas. Fine sutures had not been developed yet so the wound remained open. The patient needed to be kept immobile so sandbags were used until the wound healed!

By Eye Specialist In Jalandhar
0
0 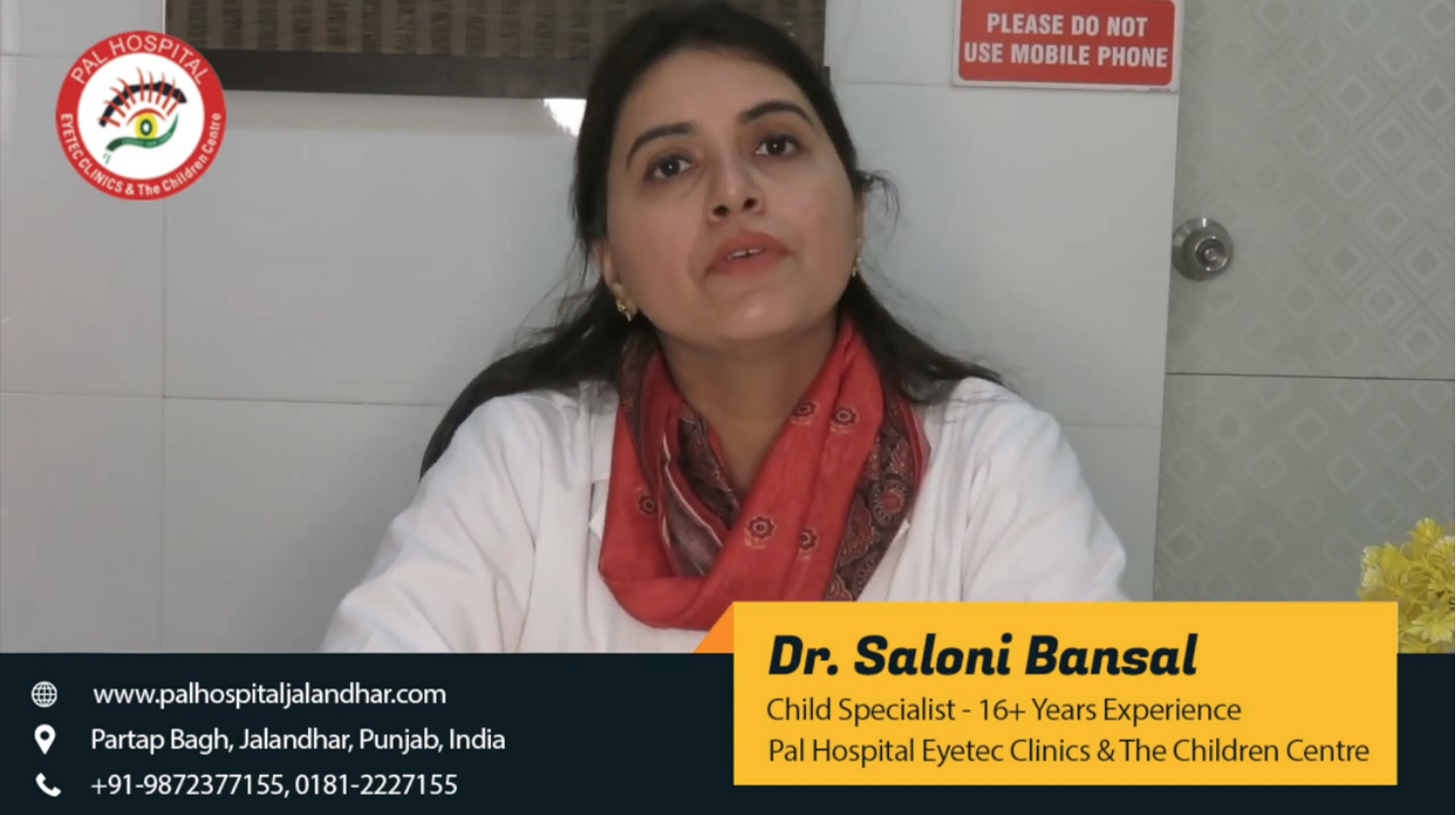 What is Typhoid Fever in Children | Explained by Dr. Saloni Bansal